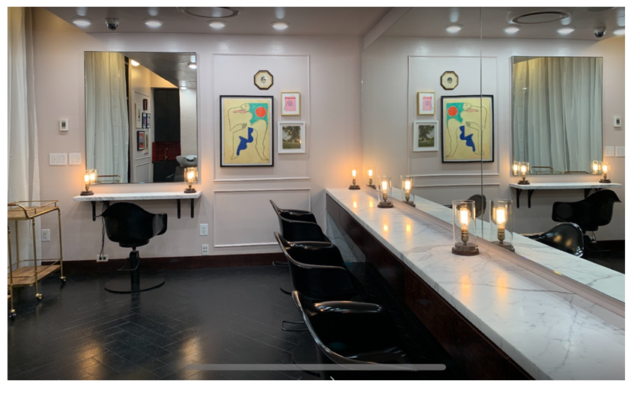 As part of the comprehensive development of The Dream Downtown Hotel, Dream brought a classic luxury salon company, IGK from Miami and to be in the hotel. WQB Architecture assisted the principals of IGK Salon and Dream Hotels to design and develop their new salon in The Dream Downtown. IGK has become one of the best and most popular hair salons in Lower Manhattan. 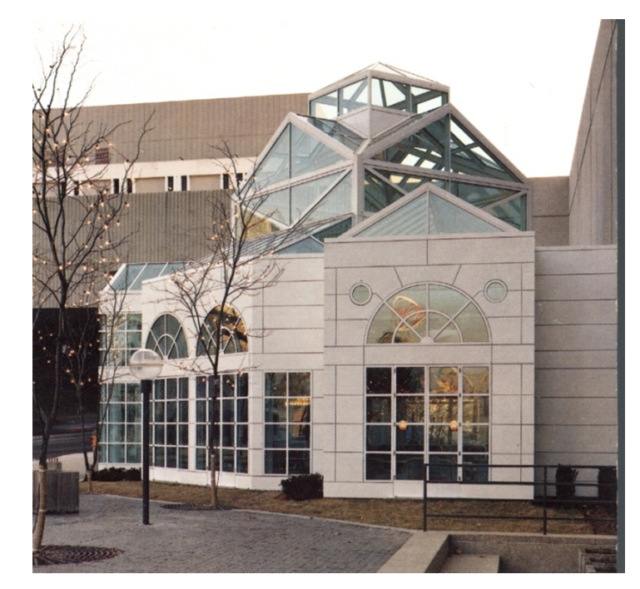 As a result of an accident at a hotel in the center of the Hallmark Cards, Inc’s Headquarters in Kansas City, Hallmark determined that they would like to build a festival mall and feature a 5-star fine dining restaurant. They contracted with Restaurant Associates of New York to design and build an open bar and all glass restaurant which is named Crystal Pavilion. WQB Architecture and JLG Architecture prepared design and construction drawings for the restaurant and supervised the construction process. 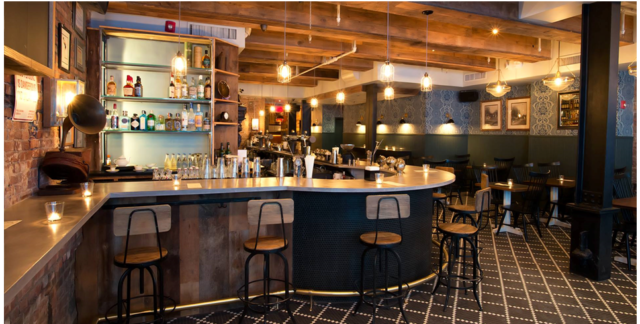 Tanner Smith was a famous Irish American bootlegger and his legend was chosen an opportunity to develop a new 1920s speakeasy style bar at 208 West 55th St. Dream Hotels owns West 55th St in New York from 7th Ave to Broadway. The Dream Midtown Hotel occupies the corner at Broadway and has a variety of food and beverage outlets. The Dream Hotel Headquarters is on the corner of 7th Avenue and has a restaurant on the first floor. In between is a residential building with first floor retail. WQB Architecture provided designs for a classic Irish bar and banquet space on the first floor and cellar.

WQB Architecture has renovated the lobby lounge at the boutique Dream Midtown. 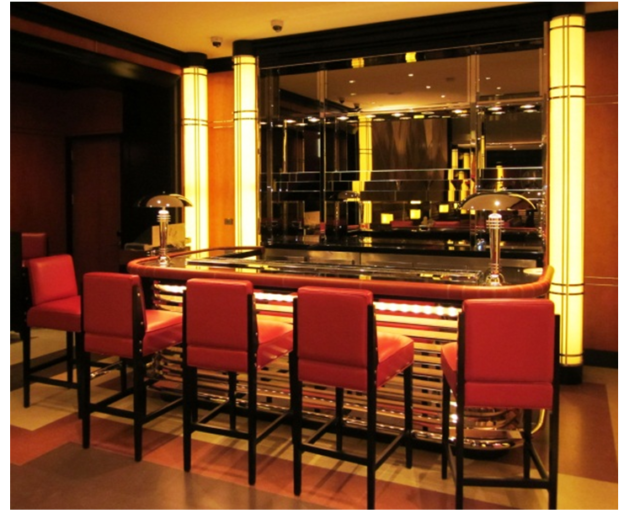 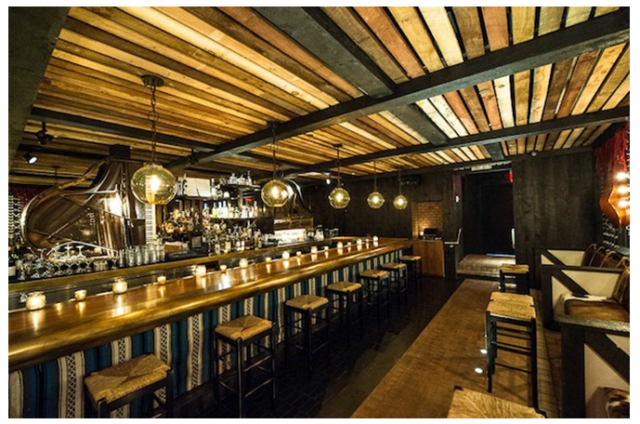 As a result of their 30 year history working together, Hampshire Hotels and Strategic/ Tao Group selected WQB Architecture as Executive Architect for the redevelopment of the lobby restaurant at the Dream Downtown in the fashionable Meat Packing District of New York. WQB worked with Becker/ Volence to develop a modern Mexican theme restaurant for Bodega Negra, a popular London restaurateur. The result is an indoor/ outdoor juice bar leading to a 150 seat dining and banquet room with a lively late night bar. 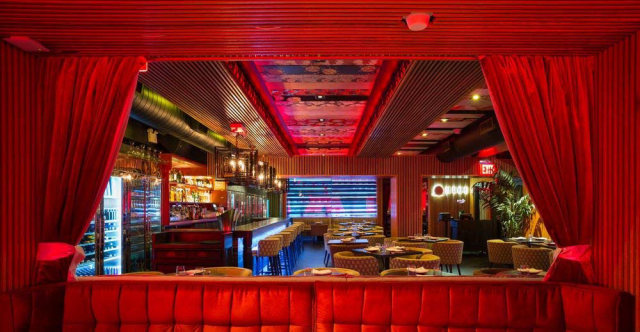 WQB Architecture PLLC assisted Megu, a fine Japanese fusion restaurant in Tribeca in moving to the Dream Downtown in New York’s Meat Packing District. WQB designed the new marquis, signage, and rearrangement of the existing subterranean space for fine dining in a club environment, Megu is one of 4 restaurant venues in the Dream designed by WQB. 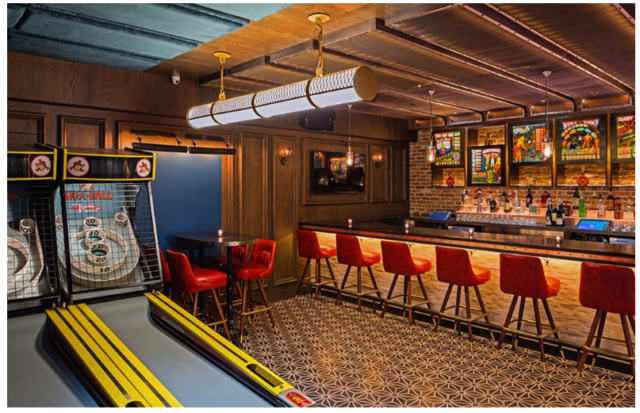 The Tao Group / Strategic Hospitality manages the three of the restaurants and clubs at the midtown’s Dream Hotel. WQB Architecture PLLC worked with Tao and their designer, Josh Held, to produce a “play room” in the cellar of the hotel. The bar features bowling as well as recreational “boardwalk style” amusement and video game in an electric environment that works well for both daily use and private parties. 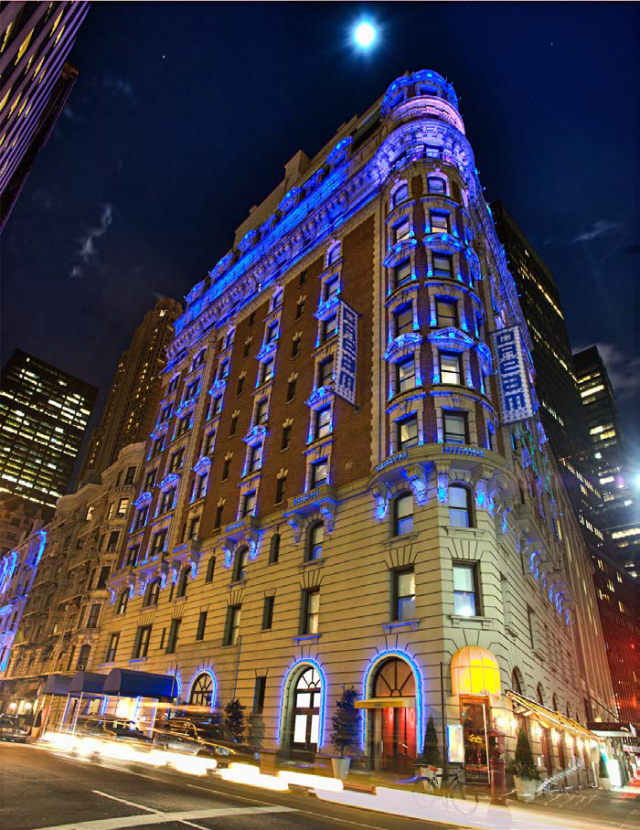 Hampshire Hotels and Resorts have operated 210 West 55th Street, formally known as the Woodword Hotel, under a variety of franchise agreements and reservation systems for over 20 years. The property also includes two other buildings which comprise the entire block of West 55th Street between Broadway and Seventh Avenue. As master-planner and architect for the property, WQB Architecture prepared designs for building renovation and additions, demolition/redevelopment of the entire site; redevelopment of 206 W. 55th Street as an extended stay hotel, and 200 w. 55th as Hampshire’s corporate offices. The 280-room hotel is currently the new flagship for “The Dream” HHR’s new boutique chain, which is being operated as a “Leading Hotel of the World” and is currently being introduced in Downtown Manhattan, Bangkok and India.