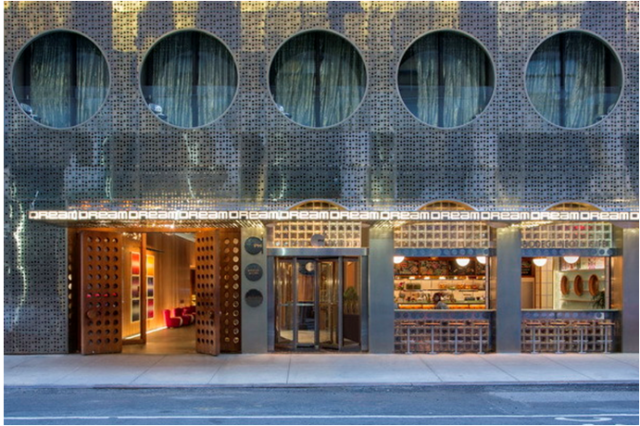 WQB worked with the Chatwal group to modify and update the first floor of the Dream downtown. WQB Architecture has designed a front façade on the first floor that can be opened to the public to link the front space to the outdoor space when weather permits. The front façade is part of an overall collective effort with the interior design group LBN to replace the existing restaurant space with a strongly themed space based upon a formula that proved successful in London. Our involvement touched many aspects of the project from place of assembly and exiting work to working with the contractor to help phase the project so that the hotel and other functions could properly function during construction of the new restaurant, juice bar and operable façade. The design and construction of this project are being completed on a fast track basis with construction and design happening simultaneously.